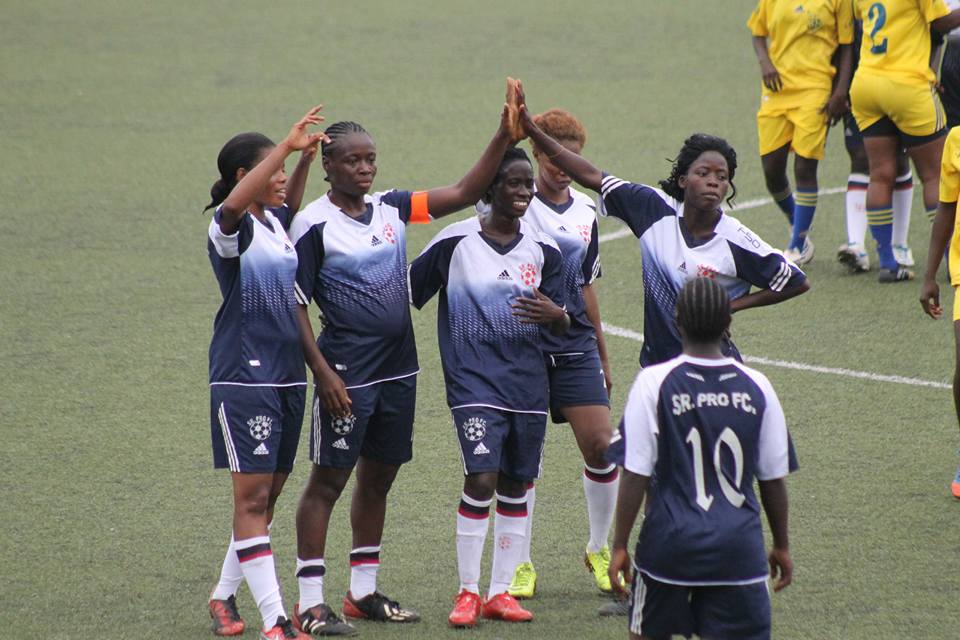 The Liberia Football Association (LFA) female competition schedule is not yet concluded as the LFA is having an election next month. I am sure after the election, the new league schedule will begin.

2. How has the team evolved over the last 12 years?

As a young organization, Senior Pro had the opportunity to have thirty girls playing on the team. Most of these girls were victims of Liberia’s fourteen-year civil conflict.

After the war, many of these girls could not go back to school and the possibility of a livelihood was difficult. One way to assist these girls was to have them engage in activities that could help them forget the past and gain a better future. Senior Professional Female Club was one of those institutions established to assist these girls. Playing soccer was not the only thing carried out by the team. These girls were also given the opportunity to continue their schooling. Some of them, who were too big to continue their schooling, took on other careers, such as driving, tailoring, mason etc.

For 12 years now, the team has provided girls the opportunity to play quality football and continue their schooling in academic and life skill training.

3. What is the current state of women’s soccer in Liberia(what does the game attendance and support look like)?

Right now, women’s soccer is only played under the LFA women’s football league. We presently have eight teams participating in the league. This past season, the games were played in the communities to encourage more attendance. Every community played the league games and the attendance was very much encouraging. Many people were happy to see women playing soccer, some of them for the first time. As team owners, we were able to get more players to join because most of the girls were happy to see other girls playing.

Presently, women soccer  gets most of its support from the LFA. Other than the LFA, all other support comes directly from team owners. There is no other support outside of these two sources. 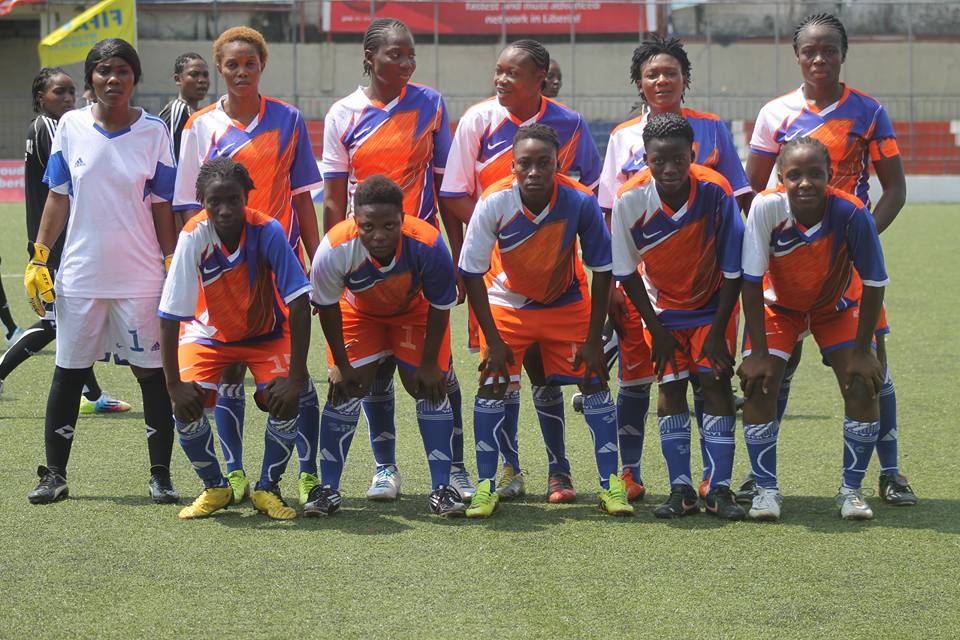 4. How does the Senior Pro Soccer Club help its athletes further their skills and education? Has the team produced any national or international stars(Please share names)

Today the team has assisted more than 200 girls in not only playing football, but also upgrading their education and livelihood skills.

Regarding the team producing national stars, the team is now considered the second best team in Liberia. Many of our players compete for the Liberia Lone Star Female National Team. The present captain of the national female team is a member of our team, Famatta Dean. Other players on the female national team include: Margaret Stewart , Vivian Sando, Ruth Wesseh, Miatta Zinnah, Bernice Willie , Amelia Washington and Iaveline Conneh.

5. What is your background and why are you passionate about women’s soccer?

I am an accountant, but my passion about women soccer started a long time ago when I was the sports director of a high school. I became a coach of the female kickball team. After many years of serving as a coach, there was a huge need for women to play soccer instead of kickball. Many of my kickball players decided to change from playing kickball to women’s soccer. When I started working and could not continue as a coach, I passionately started supporting the women’s soccer team.

6. How can Liberians support and help improve women’s soccer in Liberia? How can we support Senior Pro Women’s Soccer Club?

Supporting women’s soccer in Liberia has been a very difficult thing. We have tried our best to get people to come and help, but it always gets harder as we try. We are very few that see the need to support these girls and most of us are male. Many times we want to stop, but when we see the girls, we just can’t stop, it is very difficult for us, but we are trying.

I would appreciate any support , especially direct support to the education of the girls. This is where I find it most difficult. With the little assistance from the LFA, we may be able to get some sporting materials, but we’d also appreciate assistance in this direction.

7. Can you share your favorite memory or victory with the team?

*This interview was edited for clarity and brevity.