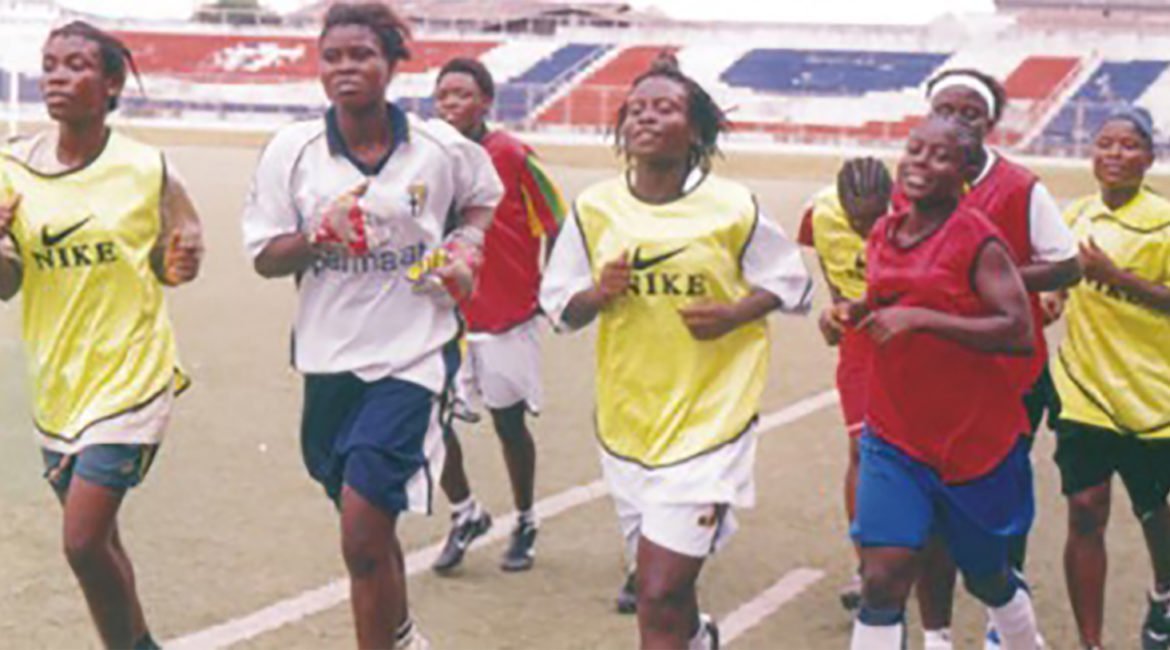 In June 2017, the International Olympic Committee approved the Tokyo 2020 Olympic Games’ event program. The approval included 5 new sports and 15 new events, which will increase the number of women participants and fulfill the committee’s gender balance goal. Out of Liberia’s 46 past Olympians, 9 are women. Liberia’s first female Olympian, Grace Ann Dinkins represented the country in 1984. Since then, Liberia has sent at least 1 female athlete to each attended Game. Liberia has done well sending women to represent the country, at the last 3 Olympics, but how does Liberia support female athletes outside of the Olympics? Let’s take a look.

Liberia’s most popular sport, football (soccer) has an international men’s and women’s team. FIFA.com shows that Liberia’s International Women’s Football Team has been inactive for more than 18 months and therefore has no 2017 ranking. The men’s team, however, remains active and ranks 151. It’s difficult to follow other Liberian sports teams, but the evidence shows national female teams do not receive the same support as their male counterparts.

When Liberian female athletes do receive support, they succeed. Liberian female soccer player Cherie Sayon exemplifies this correlation between support and success. After playing for Liberia in the 2006 Homeless World Cup, Sayon received an athletic scholarship to Clayton State University in the United States and continued on to play for the Philadelphia Fever and Atlanta Silverbacks Women’s soccer teams. Though organized female team sports struggle, Liberian female athletes seem to excel in individual sports such as athletics (track and field).

Liberia’s 9 female Olympians all qualified to represent the country in track & field. Now that Tokyo has added 3 new individual sports with federations in Liberia (Surf, Karate, Skateboard) maybe Liberia will see a more diverse group of Liberian women at the Olympics. Regardless of who qualifies to represent Liberia in Tokyo, Let’s pay more attention to the country’s gender balance in all sports.